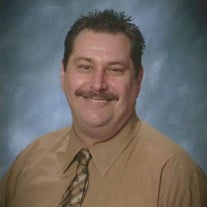 Mr. James “Jim” Dallas Brown Sr. passed away on Sunday, January 10, 2021 at the age of 65, in Pickens, South Carolina due to the COVID19 virus. Unlike so many others, he was lucky enough to pass at home, in his bed; with his dog and the woman he loved by his side. Jim was born in Miami, Florida November 30, 1955, but spent a majority of his childhood in Flint, Michigan where as a young man he met his first wife, Mona (Mowl). They moved to Galesburg, Illinois, got married and went on to have three children. They separated in the early 80s and Jim went on to marry his second wife, Linda (Brown). They separated in 2010 and shortly after, he moved back to Illinois to spend time with his children and grandchildren before moving to South Carolina to reconnect with the rest of his family. Left to cherish Jim and his memory are his fiancé, Melissa Moody of Pickens; two daughters, Roberta (Tony) Gates and Carie (Todd) Swanson, both of Galesburg and one son James “Jimi” Brown of Flint. Jim also left behind three grandchildren, Breeanna Gates, Patrick Mitchell and Matthew Brown along with seven great grandchildren, all of Galesburg as well as four step-children Louree (Justin) Engle of Concord, North Carolina; Fred Sorrow of Kannapolis, North Carolina; Keith Sorrow of Hickory, North Carolina, and Christy (Jonathan) Sigmon of Landis North Carolina and their families. Also left to treasure Jim’s memory are his brothers and sisters, Carl (Pam) Purdue of Forsyth, Missouri; Michael (Regenia) Williams of Easley, South Carolina; Lana (Matthew) Kuzava of Mt. Morris, Michigan and Brenda Delati of Greenville, South Carolina as well several nieces and nephews and some very special cousins, Sue Greenway and Beth Godbee, both of Burton, Michigan, and James Shuck III of Hamilton, Ohio. Jim was preceded in death by his parents Walter Dallas Brown and Judith Yvonne Williams (Hendricks) as well as his maternal and paternal grandparents. Jim never had many hobbies, but the one thing Jim enjoyed was his work. He was known for being a hard and dedicated worker no matter the type of job he was working. Over the years, Jim held many jobs including at Osmose and Farmland. But somehow, he always ended up back in food service management. Jim was known for and won many awards for his management skills and his ability to be able to walk into a failing restaurant and quickly turn it around – Steak-N-Shake, Sambo’s, Shoney’s – it didn’t matter the name of it, if it was failing, he could and would fix it. Jim was also a dog lover, a music lover, and a football fan. He rooted for the Chicago Bears and Michigan Wolverines. But more than anything, Jim loved his family. He loved his children, grandchildren and great-grandchildren – all of them, biological or not, as well as his siblings and cousins probably more than they could ever know. Finding Melissa and building a life with her along with reconnecting with his family after so much time is what allowed him to enjoy the last several years of his life even though he suffered from severe neuropathy and chronic pain. Anyone who knew Jim knows he didn’t want a big fuss to be made, so cremation will be accorded. In lieu of flowers, donations can be made directly to the family or to the GoFundMe account established to assist with Jim’s cremation expenses and the costs associated with fulfilling his final wishes to spread his ashes on the graves of his father and grandparents in Tennessee. The GoFundMe account can be found at: gofundme.com/f/JimBrown-FinalExpensesAndWishes . Palmetto Cremation Service Pickens, SC

The family of Jim Brown created this Life Tributes page to make it easy to share your memories.

Send flowers to the Brown family.