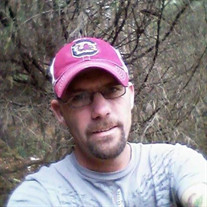 Easley, SC: Mr. John Reed Harper Jr. went home to be with The Lord on July 30th, 2021. He was the son of the late John Reed Harper Sr. and Donna Black Harper. Surviving are daughter Samantha Harper of Pickens, SC, two sons Dylan Harper of Easley, SC, and Christopher Harper of Liberty, SC. Two sisters Michelle Harper of Easley, SC, Shannon Thomas, of Dacusville, SC, and a brother James Harper, of Dacusville, SC, Also surviving are four grandchildren: Tripp, Jace, Lily, and Stella. John was an avid painter, and fisherman. His preferred catch was catfish, but he would take anything that would bite, he was kind hearted and loving, always helped when he could, and never met a stranger. John had a very fulfilled life, he loved everyone, but most of all he loved his children and grandchildren. He will be missed by many that knew him, he had lots of friend and if you knew John, You know he lived life to its fullest potential. John go rest now in the bosom of Jesus, just to see your face when Jesus says well done thy good and faithful servant. Rest in Peace John, we love you. Palmetto Cremation Service is assisting the Harper family. Online condolences can be made on Palmettocremationservice.com

The family of John Reed Harper Jr. created this Life Tributes page to make it easy to share your memories.

Easley, SC: Mr. John Reed Harper Jr. went home to be with The...

Send flowers to the Harper family.