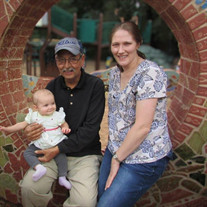 Delma "Del" Ray Freeman, born December 23, 1954 of Easley, residing in Pelzer, SC passed away unexpectedly from End Stage Renal Disease complications on Monday, April 18, 2022. He was an employee of Mayfair Mills for over 25 years and later received accreditations for Electrical Engineering and worked for Rockwell Automation until he retired. At his healthiest, Del was a true lover of life. He enjoyed working on small engines and generally taking apart motors and learning how they worked or how to improve them. He raced cars and go-carts and was also an avid reader regarding anything from science fiction to religious history novels. He was a sports enthusiast, a Clemson Tigers fan, and loved to fish, bowl and play pool, but all who knew him well would say golf was his true passion and where he was most comfortable. In the fresh air or in the sand trap, he was always at peace with a golf club in one hand, alone or with a buddy. Del is preceded in death by the love of his life, soulmate and high school sweetheart Claire Fay (Goodell) Freeman, who passed away November 5, 1995. Their reunion in heaven was surely a joyful one and he is at peace with her by his side once again. He is also preceded in death by his adoring mother Lillian Elizabeth (Simmons) Freeman and beloved father Ray Bruce Freeman, both of Easley, SC and his brother, whom he loved very much and always shared a laugh with, Barry Russell Freeman of Easley, SC. He is survived by his daughter Stephanie Nicole (Freeman) Dobbs born in Easley, SC, residing in Meadowlakes, TX, a granddaughter Caleigh Claire Dobbs and son-in-law William Casey Dobbs. He also leaves behind siblings Brenda Owens, Danny Freeman and Randy Freeman, brother-in-law Bill Goodell as well as his wife Judy (Knight) Goodell, all residing in South Carolina. He was also in close contact with his nephew Steven Freeman and his wife Chrissy (Rhodes) Freeman as well as their sons, Hunter Rhodes and Jaxson Ray Freeman of Piedmont, SC, who often went out of their way (as well as his brother Danny Freeman) to ensure he took his medications, attended his dialysis appointments and generally tried to maintain his health as much as possible. Delma was a kind, generous soul who always lended a hand to those in need, even to his detriment. He was friendly to every stranger he ever encountered and made friends with ease to listen to any of their concerns and share a funny story or anecdote to soothe and comfort them, even if he were in need himself. Delma is missed already by his family and close friends, but there is solace in knowing he is no longer in pain and is running free in heaven. There will be a private interment of his ashes at Greenlawn Memorial Park in Easley, SC when available. In lieu of a service, please keep his granddaughter, daughter and all of those who loved him dearly in your prayers during this difficult time.

Delma "Del" Ray Freeman, born December 23, 1954 of Easley, residing in Pelzer, SC passed away unexpectedly from End Stage Renal Disease complications on Monday, April 18, 2022. He was an employee of Mayfair Mills for over 25 years and later... View Obituary & Service Information

The family of Mr. Delma "Del" Ray Freeman created this Life Tributes page to make it easy to share your memories.

Send flowers to the Freeman family.